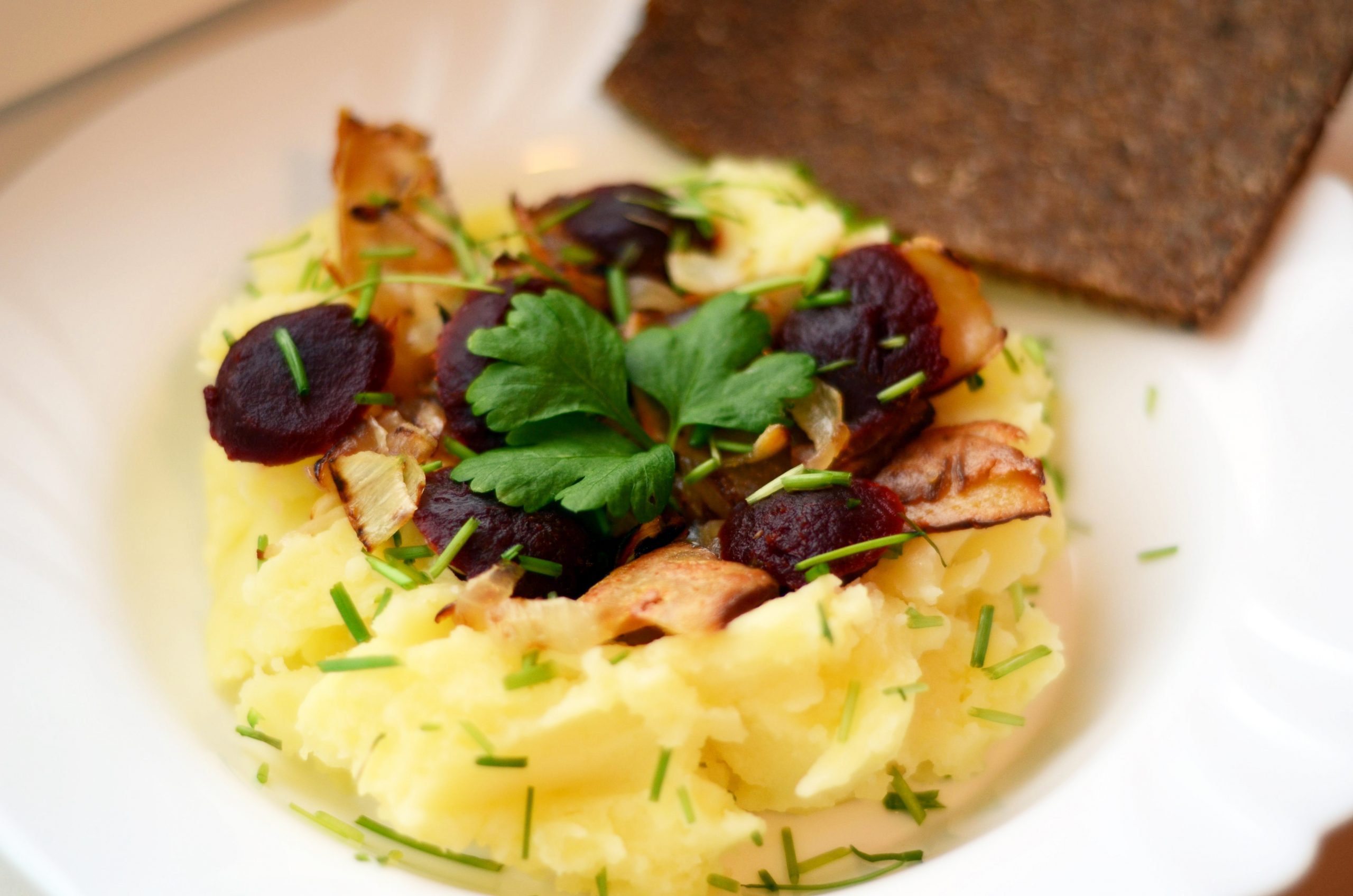 Although Denmark is pretty close to Germany it was kind of hard to find someone to cook with. I mean many people said “yes – here I am” but then last minute they had no time anymore. That happened like 4 times in a row. I have to admit that I was a bit angry with Danish people but then – I met Fenja.

That 18 years old girl is a real sunshine and I enjoyed cooking with her so much that I forgot all those negative experiences with Danish people which I had before! 😉 Actually we made a dish that´s usually served on Valentine’s Day in Denmark. It´s pretty famous and I liked the idea to veganise it which was pretty easy.

The dish is called “Brændende Kærlighed” which means “Burning Love”. It is presumably from the beginning of the 19th century – and originating from the rural areas in Denmark. Brændende Kærlighed – the original and the vegan version – is very easy and cheap to prepare and make. What I like most about it is how well the tastes of the different ingredients harmonize with each other.

Bring potatoes to a boil. Let them cook for about 20-25 min.

Fry onions and smoked tofu in olive oil – until they are very crispy and brown.

Drain potatoes and mash them, stir in vegan milk until the mashed potatoes is light and airy. Season with salt.

Put the mash potatoes onto a plate and make a hole in the middle. Fill it with the fryed smoked tofu and onions. Add some pickled beetroot pieces and sprinkle with chopped chives and/or parsley. Serve with rye bread if desired.