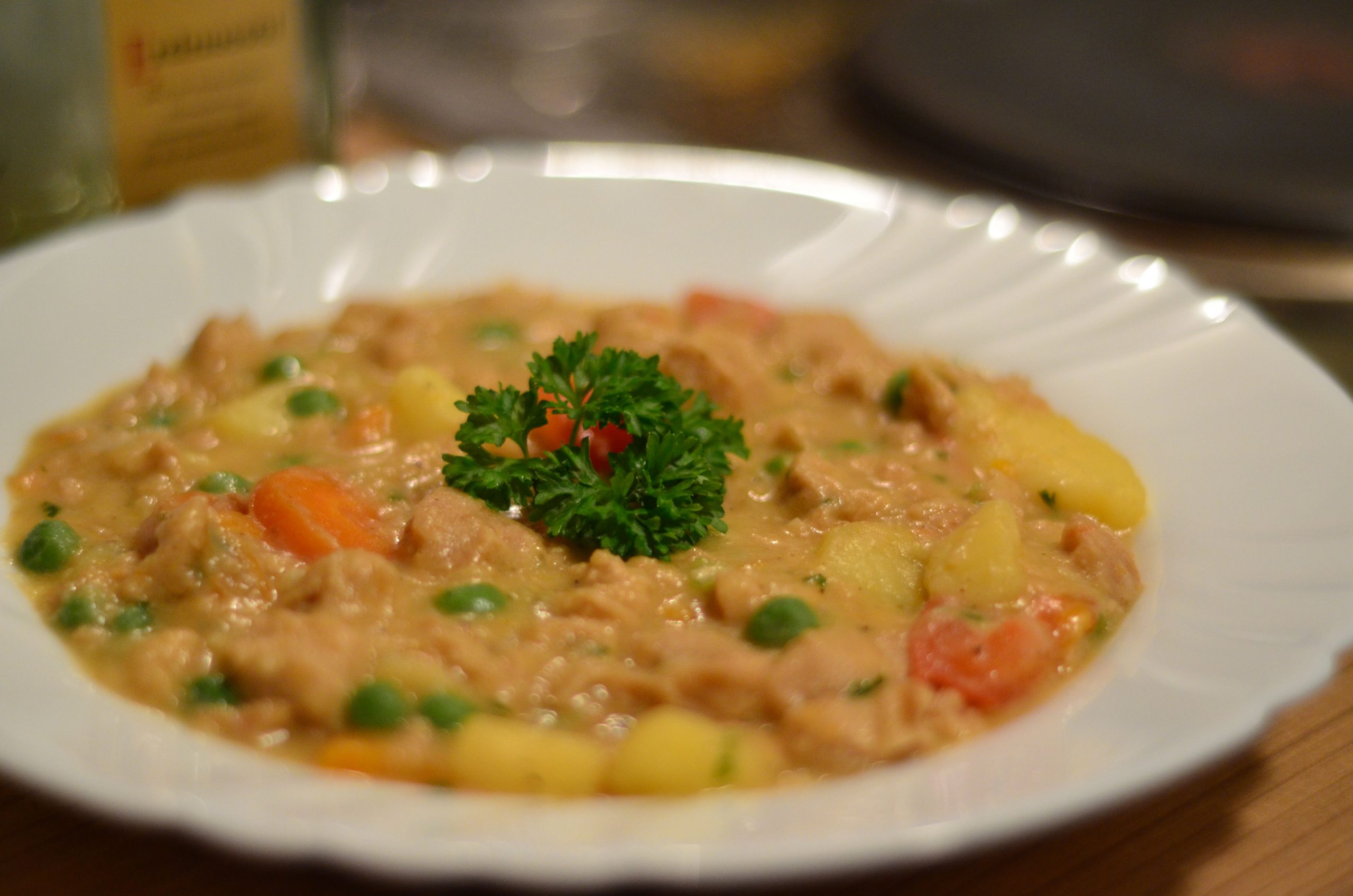 Franca contacted me on Facebook. She read about my project and wanted to be the Bolivian part of “vegan international”. I liked that idea very much – as you know – I LOVE the South American cuisine.

Veggi Franca lives in Sucre – one more reason why she is perfect to be part of my project! 🙂 The cooking (via skype) with her was so funny and entertaining that we made out a second “cooking date” allready. Next time we’re going to make an Bolivian christmas cake.

But this time we made a delicious peanut soup called Sopa de maní which originally is from Cochabamba, Bolivia. Sopa de maní is typically made with beef ribs or chicken, which we replaced with soy meat. But you don´t need to do that because it also works well with vegetables only. Just take the double amount of vegetables in the recipe and it will be just fine and delicious without the soy cubes as well.

Place the peanuts in a blender or food processor. Blend them until you have a thick, relatively smooth paste – like peanut butter. You can add water if really necessary.

Heat the oil in a large saucepan over low heat. Add first the onion and garlic, later the carrot and the soy cubes. Cook until carrots are soft. Season with salt & pepper.

Pour in about 3l water or vegetable stock. Add potatoes and peanuts. Add cumin and cayenne. Stir well. Bring to a boil and cook for about 20 – 25 minutes.

Cook for another 5 minutes. Add parsley.