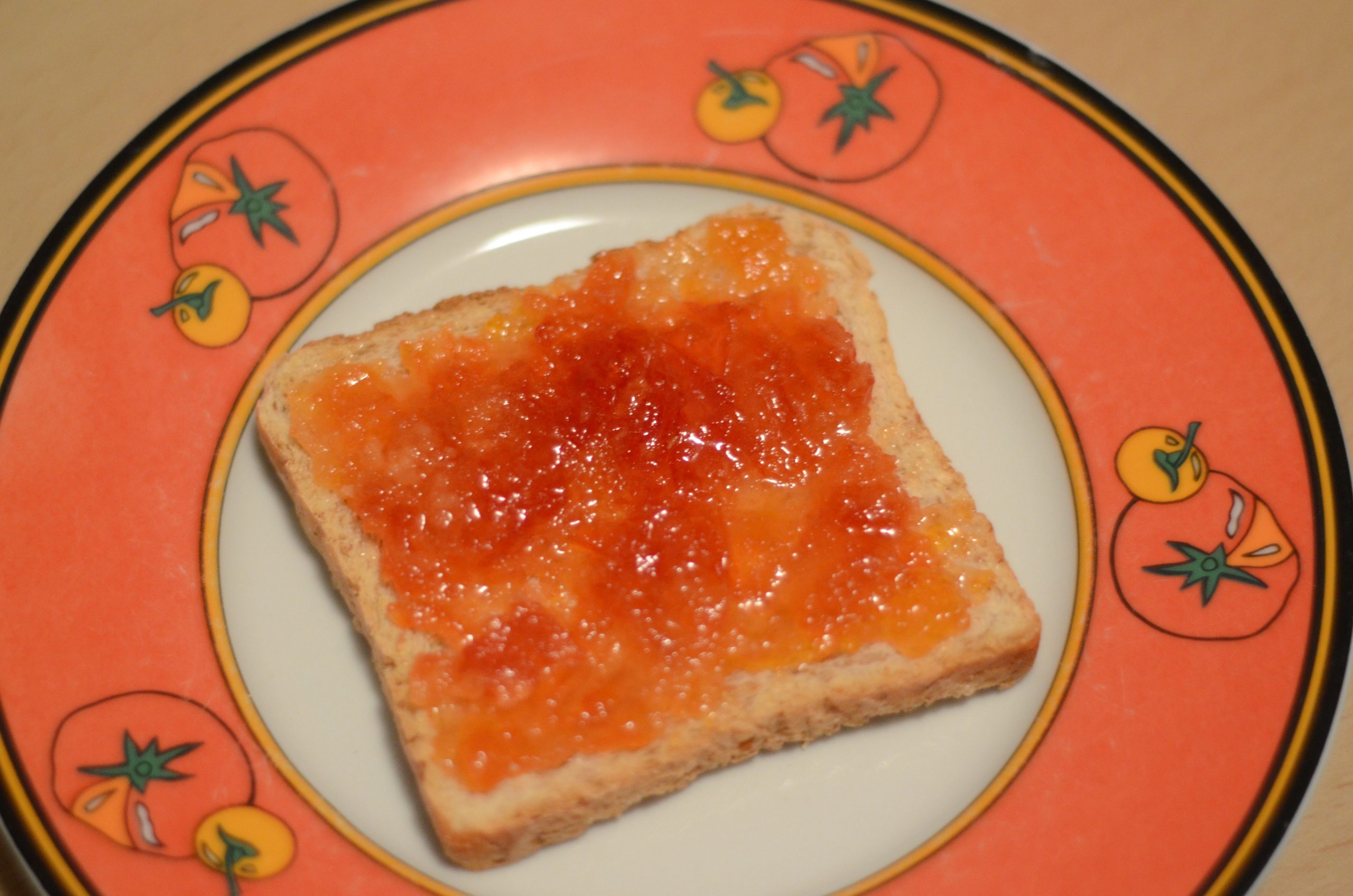 Another Skype adventure lies behind me. It was a very special one. And I´m feeling like a house wife now! 😀

For the lovely country Portugal my Portuguese teacher Maria and me chose sth. different to make. We didn´t make dinner or dessert. This time we made a very special Portuguese jam. It´s called “doce de tomate”. When I heard the name the first time I thought it would be sth. spicy with chili or sth. like that. But although it´s made from tomatoes doce de tomate is a very sweet jam with a unique flavor.

I wrote the recipe down like Maria teached me to but I would suggest you use less sugar. Made the original portuguese way doce de tomate is very, very sweet. If you like that – leave the recipe how it is. Otherwise take 500 g sugar (or less) only.

Put the tomatoes in a big pot. Pour boiling water over them. Count to 20. Drain tomatoes. It will be easy to peel them now. Peel tomatoes and cut out the seeds.

Put tomatoes and everything else in a big pot. Heat everything on low heat – stirring until sugar is soft. You can use a little bit water as well. It will help you in the first minutes not to burn anything.

Let cook for a while. The jam will need some time. Don´t forget to stir from time to time.

Put the jam in warmed jam jars. Close them and turn them around. Let them sit this way for 1/2 hour.

The jam can be stored for one year. If opened put in fridge.