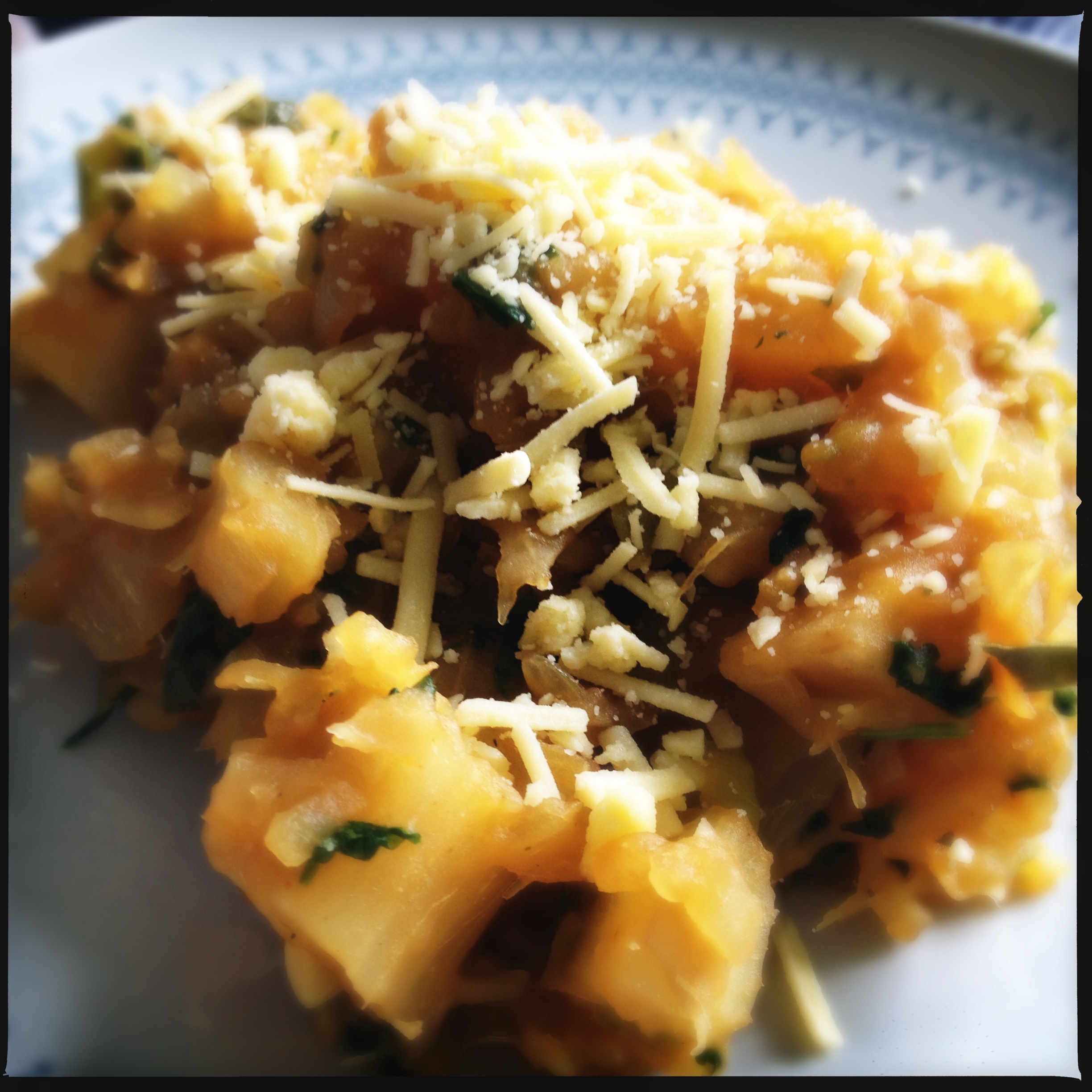 My Paraguayan kitchen guest Rodrigo wasn´t the first time in Berlin. He just loves the city he told me. “There are so many possibilities for vegans. It´s so easy to be vegan in Berlin.”

I have to say – yeah, that´s absolutely true! “There are so many vegans in that city – it´s gorgeous!” To understand why he likes this fact so much you have to know that Rodrigo claims to be the one and only vegan of Paraguay! It´s not only a “diet-thing” for him. According to Rodrigo there are indeed like 10 to 15 other people in Paraguay with a vegan diet but Rodrigo is the most radical one and he also takes action against animal cruelty and abuse.

I´m not sure if that´s really true but if that´s the case I´m really proud that I was able to cook with the most radical vegan of Paraguay! 😉

“Mandi´o Chyryry” means something like fried cassava and it´s pretty easy to make. So grap your cassava and let´s get started!

Peel and boil the cassava (25 to 35 minutes). Chop onions, garlic and spring onions. Get rid of the woody centre inside the cassava.

Cut cassava into small pieces. Heat some oil in a frying pan. Put the onions and garlic in the pan. Fry for two minutes before adding the cassava and spring onions. Fry for about 3 minutes.

Serve Mandi´o Chyryry on a plate and sprinkle some nutritional yeast or fake cheese over the dish.