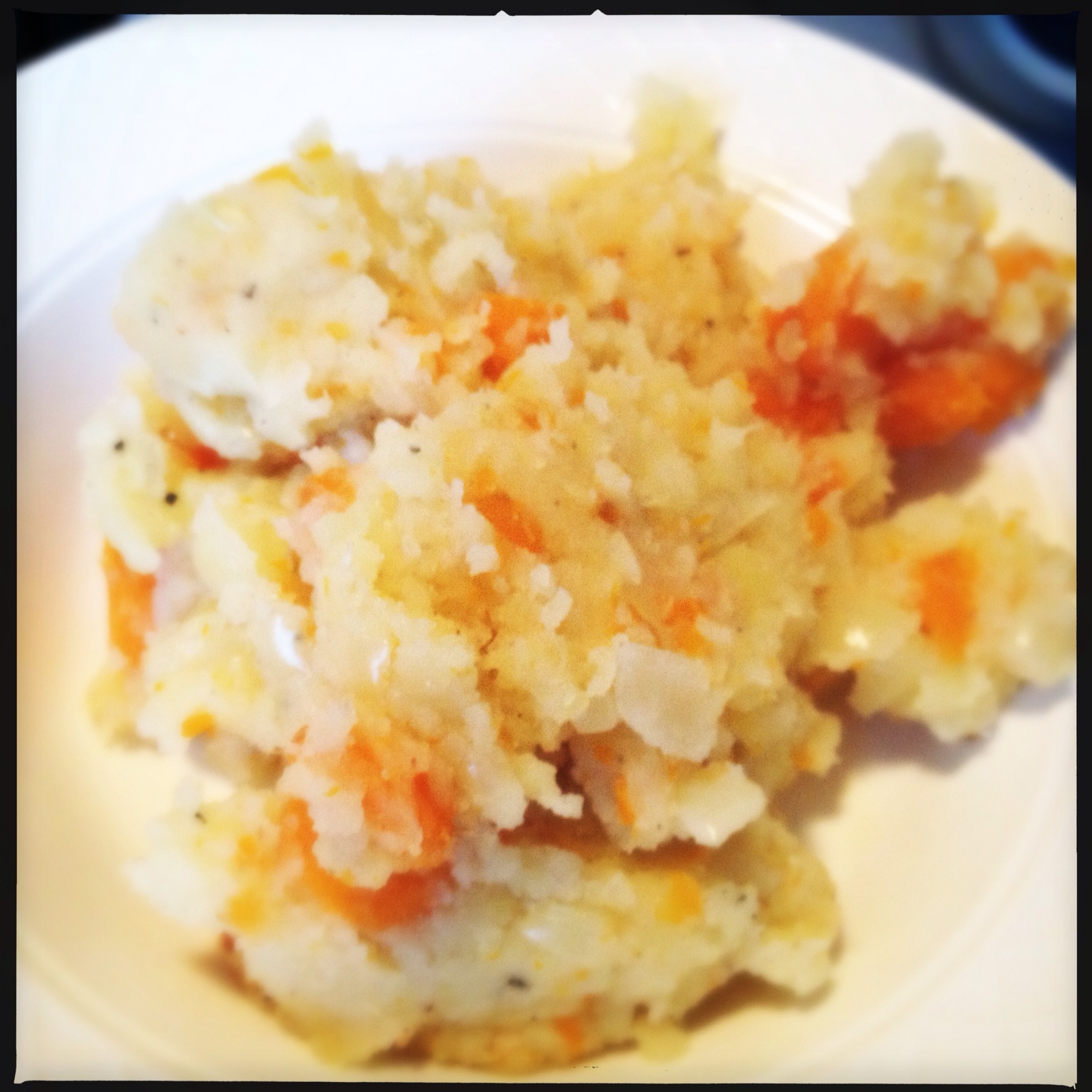 My dear guest Zäzilie from the netherlands wrote me because she was traveling to Berlin and liked to meet up with another vegan. Actually that nice Dutch girl was raised as a vegetarian. She never had eaten meat in her life, which I found pretty impressive! What great parents Zäzilie must have.

The Dutch cuisine is influenced by the neighboring countries like France and Germany. But also indian and indonesian influences are noticeable. But there is one really traditional Dutch dish made from a combination of potatoes mashed with one or several other vegetables, sometimes also with bacon. It´s called Stamppot – mash pot. The vegetables used for Stamppot traditionally include sauerkraut, endivie, kale, spinach or turnip greens.

And there is one varitety of Stamppot made with carrots and onions called Hutspot. That´s the dish Zäzilie taught me! Actually it is quite simple! So there are no excuses for not trying to make Hutspot!

Peel and slice the potatoes. Cut carrots and onions into small pieces. You can boil the vegetables either in vegetable stock or in water.

Boil potatoes and carrots for about 15 minutes. Add the onions and cook until potatoes are soft.

Add salt and pepper to taste and vegan butter if you like.