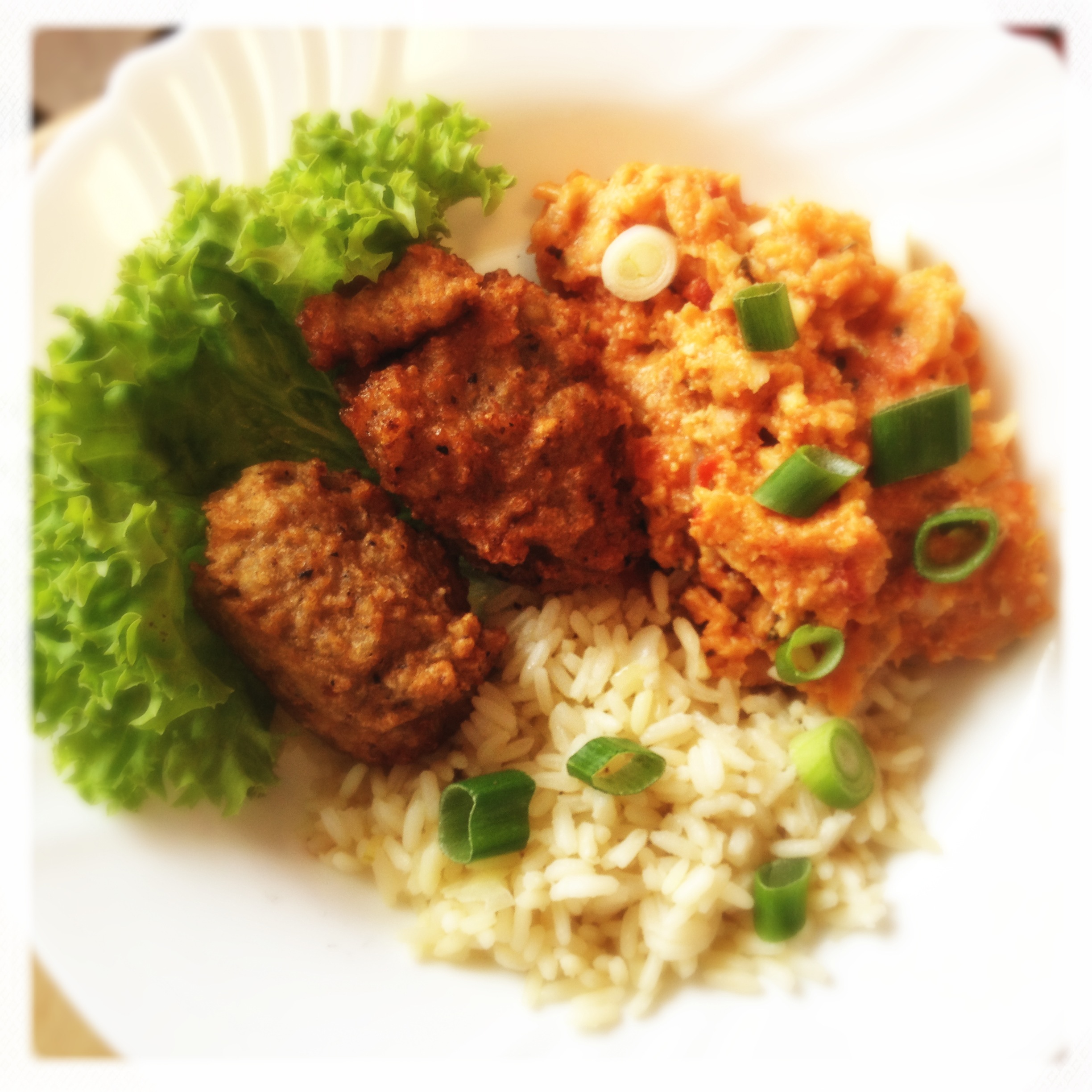 Oh my Brazilian cooking day was sooo delicious. Again I can say I LOVE the south american cuisine! I think I should move there some time! 😉

But let me tell you about it. My Brazilian guest Felipe surprised me with his blonde hair! His family originaly is from Germany – indeed from Germany! But more surprised I was from Felipe´s fabulous cooking skills.

We made Brazilian rice, Vatapá, Brazilian lemonade and Acarajé, which is a dish made from peeled black-eyed peas formed into a ball and then deep-fried in dendê. Pretty deliocious! But my favorite was the Vatapá. Usually you make it with Shrimp but that´s not necessary at all! And sooo delicious! You have to try that!!! So, let me explain how to make it! 🙂

Heat some oil in a pot. Add the onions and ginger. Let cook for some minutes bevor adding the chili, coriander and the fresh tomatos.

Add the can chopped tomatos.