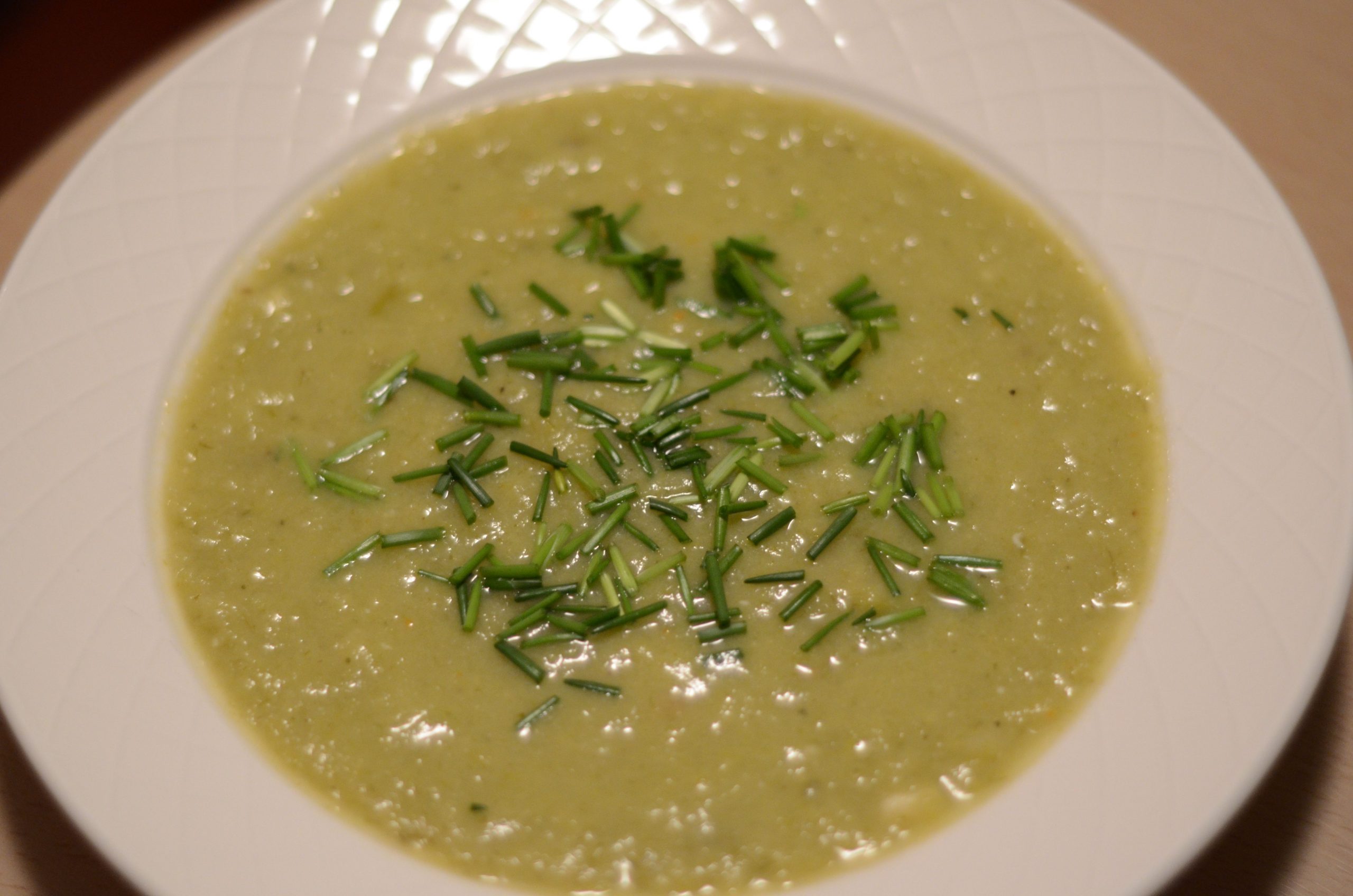 Great Britain is done! I cooked with a woman from England, I also cooked Scottish and now I met that awesome woman from Wales who teached me a lot about Welsh cuisine.

When Laura sent me the recipes for main dish an dessert I thought it would be pretty easy to decide which recipe I share on my blog (the sweet one of course!!!). That wasn´t the case!

What we did was a incredible delicious Welsh leek soup and for dessert we made a yummy Bara Brith which is a very traditional Welsh teabread/-cake. Its name means ‘speckled bread’. Laura sent me the original recipe and I made a vegan version of it which turned out very good and I really liked that fruity cake.

But I also loved the Welsh leek soup which is as traditional as Bara Brith even if the name – “Leek Soup” – is quite unspectacular. But that´s how it´s called! 😉 After eating a lot of both dishes I finally decided to write down the leek soup recipe. I just love how easy it´s made with yogurt and everything! Just try it out and you´ll see for yourself! 🙂

Melt some vegan butter in a big pot. Add the vegetables and cook for about 10 minutes. Don´t forget to stir.

Add the vegetable stock, bring to a boil. Cover and let cook for about 25 minutes.

Blend the soup with a hand blender. Add yogurt and season with salt & pepper.

Sprinkle with chives for a garnish.