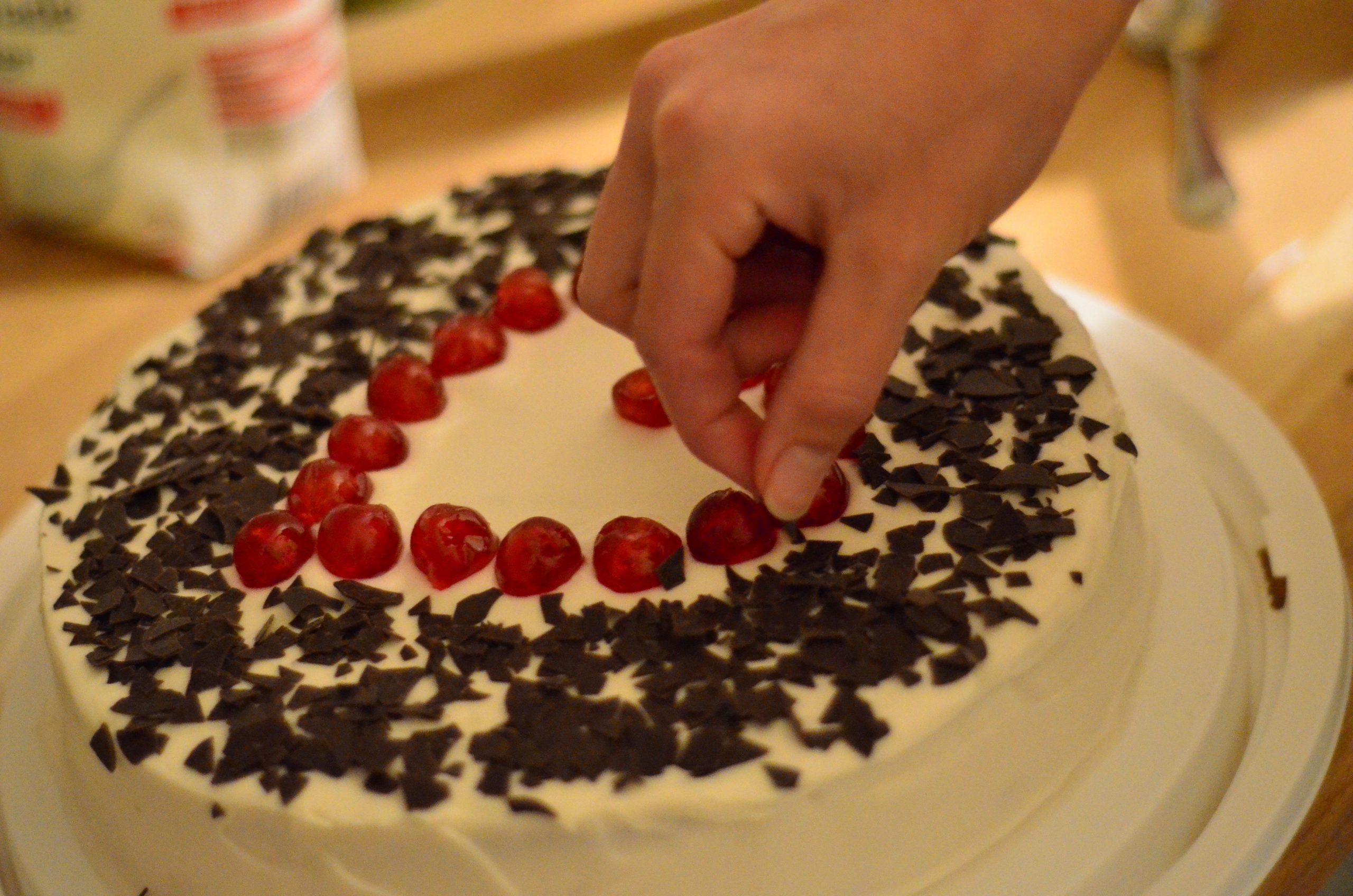 YES! Of course I include a German recipe in my challenge as well. A very special one – a very delicious one – a very famous one – Schwarzwälder Kirschtorte (Black Forest cake)! Supported by Nina, who loves to make cakes, I thought that would be the easiest of all things we could cook or bake. I was wrong!

The reason: the worst crap since there is vegan whipped cream – Soyatoo Rice Whip. Actually we planned to buy another cream but that brand was gone so we kind of had to take Soyatoo. I never was a fan of that brand. I once tried the bottled soy whipped cream of Soyatoo. The taste is disgusting. So we thought – Rice cream would be a better choice. Wrong again! The taste is just awful. I really don´t get it – how can that brand survive?? But that was not the worst thing!

There was no way to get that cream to stay firm! A real disaster for a cream cake! Just to be clear – the brand Soyatoo clearly sais that this cream would be able to get and stay firm! That´s why we bought it! Thanks to Nina´s cake utensils we were able to make the cake look kind of good but when we tried to cut it… just look what happened:

Anyway we wanted to try a piece but thanks to the disgusting taste of the cream – we just couldn´t eat it. So the only thing you can do with a cake full of Soyatoo rice whip – get rid of it:

But enough of that terrible cream experience. The recipe though is pretty good and if you are smart enough to take the right cream – I would suggest Richwhip or Codap HULALA whip – the cake will turn out pretty AND delicious! Promised! 🙂

In a large bowl combine all ingredients for the dough.

Grease a springform. Pour the dough into the form. Put into the oven by 180 degrees Celsius for about 45 minutes or until wooden toothpick inserted in centers comes out clean.

Let the cake cool down completely wrapped in a wet kitchen towel. That way it will be easy to remove the cake of the form.

Split the cake horizontally in half so that you have two layers. Best is to set the top on the bottom and the bottom on top. That way the cake will be nice and smooth on top.

Put kirschwasser/cherry brandy or cherry juice on the bottom layer. Spread the layer with the cherries. Spread whipped cream on top.

Frost top and sides of cake with the whipped cream.

Refrigerate for at least one hour prior to serving.