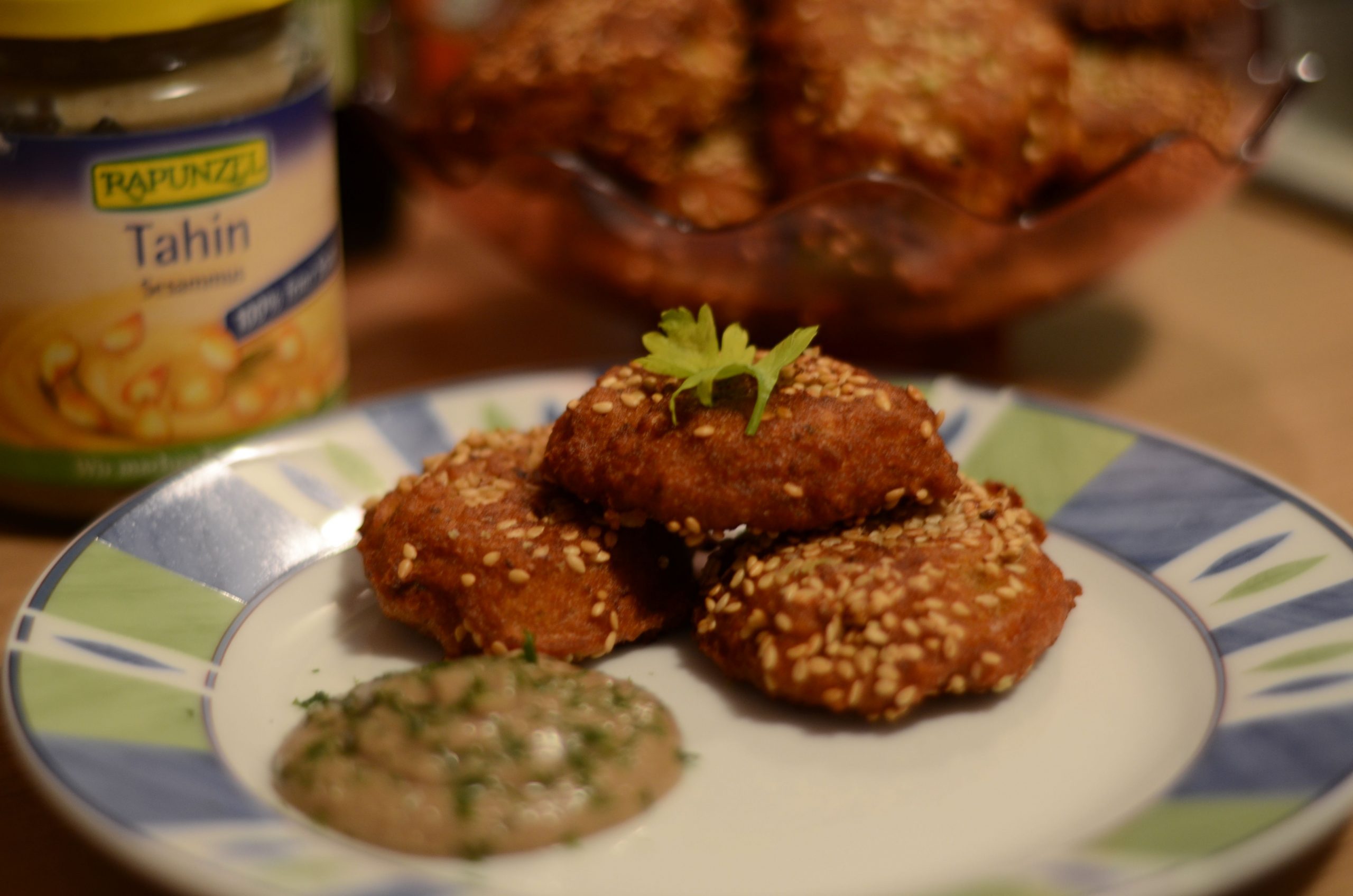 I´m a big fan of the Egyptian culture. I always was! My favorit jewel is a pendant shaped like the famous Eye of Horus. That´s why I really hoped to find someone from Egypt to cook with. Although Egypt is a paradise for vegans and vegetarians I have to confess it wasn´t easy! I wrote many, many people if they would cook with me via Skype and  when I almost lost hope I found Aman.

Aman is one of the few vegetarians in his country. When I asked him to cook with me he was afraid that his English skills wouldn´t be good enough to tell me what I have to do. But I have to say – that was quite entertaining! 😉 We somehow created our own sign language to understand each other! And I still have to smirk when I think of our cooking adventure.

We made طعمية / Tamija / Ta’miya / Ṭaʿmīya which is the Egyptian version of falavel. Instead of chick peas the Ta´miya are made of fava beans. We made so many of them I thought they would be enough for a year but they were gone surprisingly fast as you can not stop eating them! 😉

Blend the beans until you have a smooth paste. Add garlic and purée until ground.

Add all the other ingredients except oil and sesame seeds and pulse until beans are thoroughly ground and mixture holds together.

Heat enough oil in a saucepan for frying the ta´miya. Take mixture and make little balls which you sprinkle with sesame seeds. Flatten each ball slightly. Drop them into the hot oil – a few at a time. Fry until golden, 5-10 minutes. Take out and put on kitchen paper. Repeat with remaining ta’miya.

You also can refridgerate the mixture for up to one week or even freeze it.